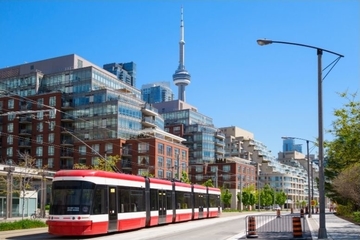 Most New TTC Streetcars to be Recalled to Fix Welding Defect

In a stunning setback for the TTC’s problem-plagued streetcar order, Bombardier now says most of the vehicles it has already delivered to the transit agency will have to be taken out of service and shipped to Quebec to correct a serious welding defect.

The Star has learned that after a lengthy investigation into long-standing welding problems with the vehicles, Bombardier has concluded the first 67 of the 89 cars it has supplied need to be fixed, or they could fail prematurely.

The cars will be sent to Bombardier’s plant in La Pocatière, Que., and according to the company will each take 19 weeks to fix. The repairs to all 67 cars are expected to take until at least 2022 to complete.

The recall is only the latest problem to affect the TTC’s repeatedly delayed vehicle purchase and appears to undermine the claim made by both the transit agency and the rail manufacturer that while the cars have been delivered late, they are extremely reliable.

A spokesperson for the company stressed the welding problem, which originated at Bombardier’s plant in Sahagun, Mexico, poses no safety risk to the public. Eric Prud’Homme described the work as “preventative maintenance” and said Bombardier made the decision to take the vehicles out of service for repairs because without the work they may not last their contractual 30-year service life.

Prud’Homme said such problems are “not uncommon in the industry.”
“The question you have to ask is how is it handled. The way Bombardier is handling it is fair, is transparent, and of course we’re assuming responsibility,” he said.
Prud’Homme couldn’t say how much the repairs will cost, but Bombardier has agreed to pick up the bill.

In an emailed statement Tuesday, Mayor John Tory expressed “extreme frustration” with the streetcar deal, which he noted “was signed by a previous city council back in 2009,” and criticized “Bombardier’s slow progress in actually delivering the vehicles bought and paid for by Toronto taxpayers.”

Tory added that he had asked acting TTC CEO Rick Leary to ensure Bombardier would compensate the transit agency if the repairs inconvenience transit riders.
Bombardier has repeatedly failed to meet delivery targets on the $1-billion order for 204 low-floor, accessible streetcars. By the end of 2017 it was supposed to have delivered nearly 150 of the vehicles, but managed only 59.

Although the company says it has been meeting a revised schedule in the first half of this year, the TTC says the delivery delays have caused a shortage that has forced it to keep older streetcars in service past their intended lifespan, and replace some of its streetcar service with buses.

Ross vowed the agency “will ensure that there is little to any impact on our customers” by sending only a few cars for repairs at a time. He said the first car to be taken out of service would likely be sent to La Pocatière sometime in the fall.

According to Bombardier, the company first discovered the welding problem in 2015, but it took an 18-month investigation to discover the extent and the cause.

Company representatives said the problem is a “lack of fusion” in some of the welds on the car’s skeleton, particularly around bogie structures and the articulated portals where different sections of the articulated vehicle are joined. The company says it brought the issue “under control” last June and it won’t be repeated in future deliveries.

Ross said the TTC became aware last October the repairs would be required but decided to accept the vehicles anyway on the assurance that Bombardier would perform the necessary maintenance.

“It was more important to us to have those cars available for service for our customers” than refuse cars with defects, Ross said.

He said the transit agency hadn’t made the issue public before now because it was working with Bombardier on a repair plan and “we needed to have as many details as possible before advising the public.”

Both the TTC and Bombardier said the problem shouldn’t affect the company’s ability to deliver the entire fleet of 204 cars by the end of 2019, as originally scheduled. In order to do so, the company will have to ramp up production to far exceed the rate it has accomplished to date. The company is opening a second production facility in Kingston, Ont. later this year to complement the factory in Thunder Bay, where the cars are currently assembled.

Even though the weld repairs will continue for years past the delivery deadline, the TTC believes there will be “no contractual impacts” to Bombardier as long as the company supplies the full fleet by the end of next year.