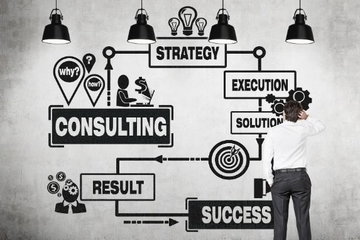 If you’ve ever hired and worked with an engineering firm, you know it can prove a complex endeavor full of many variables. Firms come in all sizes, ranging from one-person consultancies operating out of their home to huge multinational companies that deal not only in engineering but also the construction, operation, and maintenance of facilities.

The main types of engineering are traditionally thought of as civil, mechanical, electrical, and chemical. Primary subsets of these include environmental, often lumped under civil; structural, a combination of mechanical and civil; geotechnical, considered another subset of civil; manufacturing, part of mechanical; aerospace, another sect of mechanical; and computer, a relatively new division of electrical engineering. Beyond this, other types you hear about include materials, ceramics, nuclear, petroleum, process, industrial, forensic, architectural, and subsurface utilities engineering.

Let’s start with civil, the most common type of engineering. For most disciplines, the name describes the type of engineering, but civil is a different animal, as it refers to any engineering done for the public domain. Most people think of it as anything involving concrete or asphalt such as bridges, roads, or wastewater treatment plants. But it often entails things like pumping stations, which involve mechanical engineering, or streetlights, which fall under electrical engineering. Structural, geotechnical, and environmental engineering play a large role in the civil domain as well, so civil is actually a combination of disciplines.

Expanding on civil, geotechnical engineering basically involves anything underground and can include areas such as building foundations, bridge piers, and landfills. Environmental engineering typically involves working with regulations to ensure that companies comply with them, and it includes cleanup and remediation operations after a company contaminates a site or body of water.

Electrical engineering firms usually go one of two ways; they deal in traditional systems such as power generation, transmission, and distribution or electrical systems in buildings, including fire protection. Or they take more of a digital approach by working with computers, software, controls, and instrumentation.

The scope of mechanical engineering takes two forms and depends on the arena you’re dealing in. In the public realm, most people think of it as part of mechanical-electrical-plumbing (MEP) engineering, which involves designing the systems used to operate buildings and similar projects such as HVAC (heating, ventilation, and air conditioning), electrical, piping, and fire protection. Obviously, this involves electrical engineers as well. Some firms specialize in this, and larger firms often have a division to handle it, where electrical and mechanical work together.

The other form of mechanical engineering comes in private industry and takes a different shape. Engineers here typically get involved in designing the products a company manufactures, ranging from initial concepts and prototyping to working with manufacturing engineers to get products into production. Mechanical design engineering firms exist that offer such services to private industry.

Many engineering firms specialize in one engineering discipline, while others offer various combinations of disciplines. Many firms specialize in civil engineering. What we label as multidisciplinary firms in our Engineering Firm Directory usually consist of civil, mechanical, and MEP (mechanical-electrical-plumbing) disciplines for projects ranging from land development and buildings to civil projects such as roads, railroads, airports, water, and wastewater. They often have structural, environmental, and geotechnical disciplines as well, and they may offer supplementary services such as land surveying, construction materials testing, and GIS (geographic information systems).

To offer their services to the public, engineers must hold a Professional Engineer’s license for the state in which they offer services. This is to protect the safety and welfare of the public; for example, you don’t want a bridge or parking garage to collapse, so you require those that design such structures to maintain a certain level of competence. Every state has a licensing board that administers and polices the licensing process and grants licenses. An engineer who oversees work done on a project can stamp drawings done for the project with their seal that comes with their license. Not every engineer in a firm needs to be licensed, but a licensed engineer must supervise every project. Firms typically have most of their engineers licensed, and an engineer is often licensed in more than one state. That way, the firm can offer its services in all the states it has a licensed engineer for. Larger firms typically have engineer licenses in most or all states.

Some engineering firms may not have any licensed engineers on staff. How do they do this? If they only offer their services to other businesses, and not the public, they don’t need to be licensed. This falls under what is known as an industry exclusion, which says that engineers that work for industry don’t have to be licensed. Such firms typically engage in mechanical design work and act as an extension of a company’s in-house engineering department. Companies often bring in an outside firm when they’re short on staff, get a new project but don’t want to hire staff and then lay them off when the project ends, or if they need engineering experience they don’t have on staff at the time.

Firms Work For a Variety of Entities

Consulting firms get hired to perform engineering work for many entities and types of clients, both in the private and public sectors. These include:

Design-Build: New Kid on the Block

Over the years, most major building projects have taken the form of design-bid-build, meaning an engineering firm designs it, the project owner puts it out to construction firms for bid and selects a general contractor, and then that contractor constructs the project. A relatively new form of project has become prominent in recent years known as design-build in which an engineering firm and construction firm collaborate up front to present a bid to the project owner to design and build the project in a single package.

This saves time, as it eliminates a step in the project sequence, and in many cases, the design and construction can take place simultaneously, or at least construction on some phases can begin before the entire design process is complete. It can also reduce animosity between the engineering firm and contractor, as firms typically collaborate on such projects that have come to know each other and worked together previously. On design-bid-build projects, engineering firms and contractors are often thrown together on a project that have never worked together and may not even know each other. Some large construction firms have engineers on staff, so they can do design-build work all in-house.

In today’s climate, we often hear of projects being designed and built green to lighten their footprint on the environment, mitigate the effects of climate change, and reduce our dependence on fossil fuels. Green building involves many factors such as renewable energy, access to mass transportation, recycling, reusing brownfield sites, reducing water use, using sustainable materials from local sources, and life cycle analysis. The U.S. Green Building Council (USGBC) has stepped to the forefront in this movement and established its LEED (Leadership in Energy and Environmental Design) system, both for certifying practitioners in green building and certifying buildings and neighborhoods. Many engineering firms are getting involved by becoming members of USGBC and getting their staff engineers LEED certified. While green building involves the environment, it actually stretches to all disciplines of engineering, as any engineer can strive to design their part of a project with a lower carbon footprint and enhance sustainability.

How to Select an Engineering Firm

Choosing an engineering firm for a project can have far-reaching implications. How a project is designed and engineered in the early stages can affect its costs, performance, and quality throughout its entire life cycle. Therefore, it doesn’t pay to treat engineering like a commodity and compare firms by price only. This is one scenario where paying a little more upfront can save huge costs and headaches down the road. In view of this, qualifications-based selection (QBS) has become the mantra in choosing engineering firms, with many government agencies requiring it. And as with any other service, you want to select someone that understands your mission and sees things the way you do – call it chemistry.